Everyday, millions of  Mumbaikars commute on the  Mumbai Suburban Railway. It’s not a surprise that it is the second busiest system in the world! The Mumbai Local can easily be called the life-line of Mumbai.

I asked fellow commuters to share their experiences and here, I have compiled their anecdotes. This may offer a slice of an average Mumbaikar’s life!

Travelling on a local can be a daunting task especially when you misunderstand the announcements made. Tanvi Gangwar shares her story:

I am from Bareilly (Uttar Pradesh). When I first came to Mumbai back in 2010 to pursue my post graduation, I was absolutely clueless about local trains & marathi language. I never got a chance to get accustomed to the lifestyle & started travelling through local trains ever since my first week in Mumbai. During the same period, one day I was waiting for my train on the platform; since I was new in the town, I used to be extremely cautious about the announcements & gave my best shot to understand them. 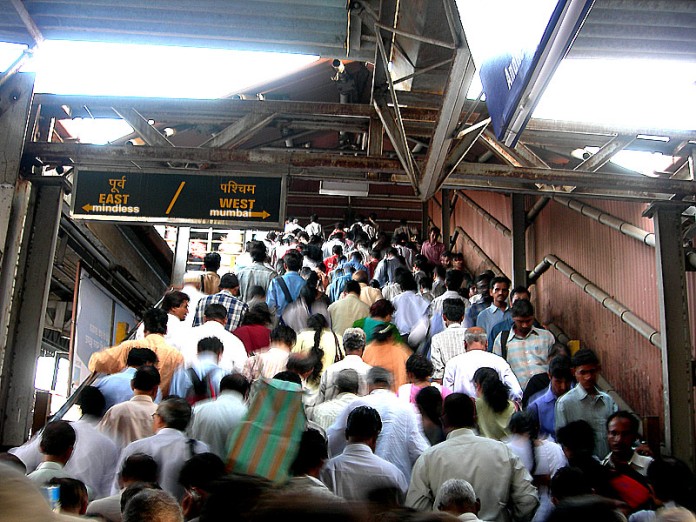 So suddenly I heard something like ‘jalat gaadi aa rahi hai aur yatriyon se nivedan hai ki wo platform se hat kr khade ho jayen’, which was interpreted by me as ‘a burning train is coming & we ask commuters to stay away from the platform’. Out of nowhere, an old bollywood movie – The burning train, popped up in my head & the announcement became even more realistic & relevant. I ran for my life, didn’t bother about more announcements or english translation. Finally reached my college, horrified & panting I explained everything to my course co-orrdinator & batch mates. I guess I don’t have to explain things further, but friends still ask me whether I take jalat locals or not 😉

When I started commuting, I always thought the noble woman at the station announced “charas local” and I failed to understand why charas meant fast. Mind you, not that my command over the Hindi language was bad or anything, I just failed to understand that it was “jalad”

Locals are infamous for the ‘fights’. But there’s more to it. . Everyday It’s a mini-Big Boss reality show that I witness. Reuben DSouza reminisces about an incident:

Today as I was about to board the train, the 8:57 slow Churchgate at Andheri. As usual the Indian habit of boarding the train as it is pulling in. The normal ritual that we follow, so should have been the same. But at the door was a rather well built foreigner who seemed of Scandinavian descent. With his usual three fourth and wife-beater and cap worn backwards. So as our poor uncle oblivious to this guy standing at the door rushed in like the Indians of the olden days to conquer new Land.

This well built foreigner took him on and pushed back so much so that he had the uncle hurtling back to the entrance. The poor chap did not know what hit him. The uncle not used to this level of aggression tried to shrug it off. But the other guy did not let up. luckily it did not come to blows. .but he did give him a mighty shove right in the face with his elbow and after all this a few careful smirks by my let Indian brothers and an uncle with a bruised ego and the foreigner also added a little expletive and a ” first let people get down.. teaching our uncle a thing or two manners.

The locals have always fascinated me. I observe people and their behaviours. Parampara shares her experience when she travelled in a local with her younger brother:

Mumbai Local has for ages been my favorite means of travel in the city. The rush, the banter, the gossip ensured ‘Good Mornings’ and an entertaining end to the day, talk about the joys of people watching. 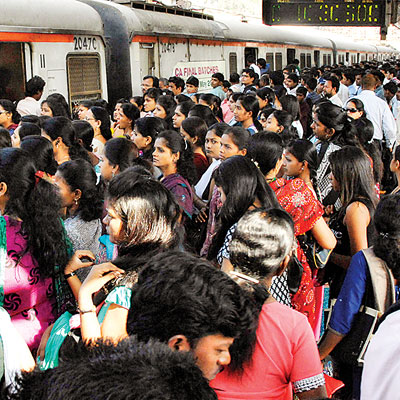 A happy memory in the local has to be taking my younger brother for his first real train outing. He was 4 and I had to take him to Churchgate. We were heading to Alibag from Gateway. My only concern was if he could travel well in the crowd. Well,  the women gave him a seat,  the vendors gave him free food and he was more than happy watching the stations cross by. He’s 6 and he already loves local trains

People are proud of travelling in a local train. You may get into trouble if you are found criticising the suburban railways while travelling in it. Aniket shares his experience.

This incident occurred on the day of my final year exams. A group of us decided to head over to Poptates, Vikhroli. My friends and I were cribbing throughout as we are not used to regular local train travel. I said, Buses are better and my friend agreed with me adding that western is better than central. People around us gave us glances as if we were just criticized Hinduism and espoused our enemy religion. Some went on to tell us how central was better than western. And the fellow commuters started discussing to an extent which would make NewsHour sound like teletubbies. Some other friends told us to shut up and stop using expletives. And all this ranting happened while we were standing in a way which would put Baba Ramdev to shame. All hail train acrobatics. Yay!

Commuting in a local train doesn’t have to be a task every time. It has benefits. As Vijayalakshmi shares:

Connect with me on my social media channels below or just email me at ayenume2202@gmail.com

11 thoughts on “The Local Train”